Restoring the Old Jail and Launching the King’s Visit 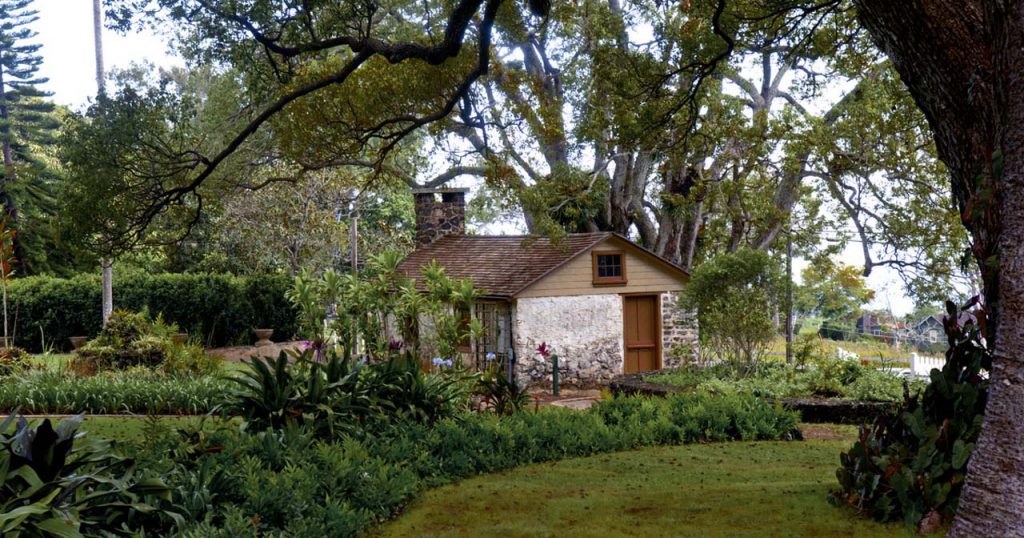 Kula, Hawaii (Feb. 8, 2016) – Fondly known to the residents of upcountry Maui as the “Old Jail” the former office of Captain James Makee, built in the 1850s, completes its yearlong historical restoration by MauiWine. The Old Jail received its endearing nickname through stories of the past in the plantation and ranching eras when it was used as a holding place for wrongdoers awaiting transport to the county jail. After being closed for 20 years, it re-opens for MauiWine’s new “King’s Visit” – an exclusive tour and tasting experience of its Ulupalakua Vineyards small production and estate-grown wines.

“When we started creating the King’s Visit concept, the Old Jail was the only venue that we considered,” said Paula Hegele, president of MauiWine. “The Old Jail is unique, has significant history and similar to our estate-grown wines, too special to not share.”

“Our mantra throughout the historical restoration process was ‘bring it back.’ It is one of the key structures on Maui so reviving its essence and honoring its life was important. We trusted ourselves to be inspired by what it was and preserved as much of the infrastructure, décor, and ambiance. People will go back in time when they visit.”

To bring the building back to life, MauiWine repaired the three-foot-wide lava rocks walls, refreshed the seven-layers of Venetian-paint esthetics and refinished the koa-wood bar. Flooring was the only component of the building that was completely replaced with identical terracotta tiles as most of the tiles in place were damaged. An effort to obtain the same original tiles from England was made but they are no longer in production; the few undamaged pieces have been saved and stored by MauiWine for historical preservation.

Harmonious decorative elements have been added to elevate the experience including a glass rack fashioned out of an old riddling rack and a bar front made of reclaimed trees from Ulupalakua.

The new King’s Visit in the Old Jail includes a tour of the winery including the cellar and bottling line, an inside look and conversation on how MauiWine works with Maui’s unique soil and weather to successfully grow its six varietals in Ulupalakua including syrah, malbec, grenache, viognier, chenin blanc and gewürztraminer; and tastings of small production and estate-grown, wines.

The King’s Visit is currently available two times a week on Wednesdays and Thursdays at 4 p.m. for $50 per person. More days and times will be added. Private tours and tastings are available; groups are encouraged to call if the current times do not fit into their schedule. Reservations are required and can be booked online at mauiwine.com or by calling 808-878-6058.

Complimentary tastings of MauiWine’s pineapple and traditional methode sparkling wines continues at the King’s Cottage from 10 a.m. to 5:30 p.m. daily. Complimentary historical tours of the estate and the cellar are at 10:30 a.m., 1:30 and 3:30 p.m.

About MauiWine
MauiWine is the largest winery on the Hawaiian Islands and the only one in Maui. Since 1974, it has been committed to growing and creating quality wines that are enjoyable and capture the essence of Maui through its pineapple, estate-grown and traditional methode sparkling wines. Its 23-acre vineyard grows six varietals including syrah, malbec, grenache, viognier, chenin blanc, and gewürztraminer. The vineyards and winery are located in Ulupalakua, Maui’s upcountry on the southern slopes of Haleakala volcano. The winery offers daily private and complimentary tastings with tours of the cellar and historic grounds. MauiWine embraces the agriculture and hospitality industries and its responsibility to perpetuate the Hawaiian culture. For more information or to schedule a private tasting and tour, visit mauiwine.com or call 808-878-6058.