Ohia Lehua, and the Jealousy of Pele

by Joe Hegele | Posted on | in Blog 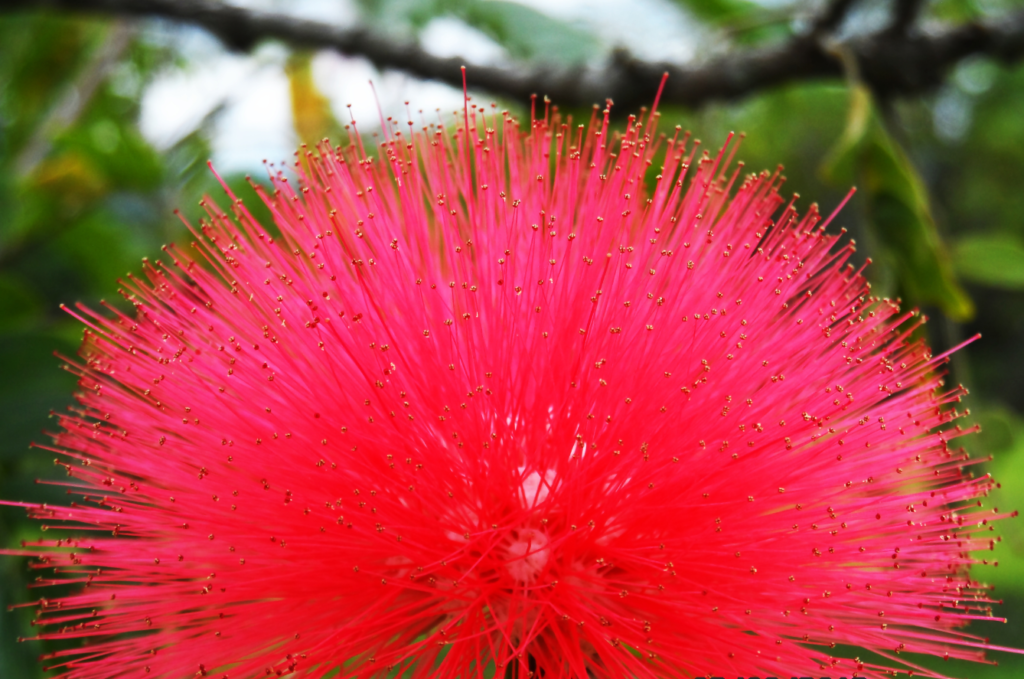 Ohi’a and Lehua loved each other from the moment they first saw each other at a village dance. Ohi’a was a tall strong man with a handsome face and lithe form. He was something of a trickster and was first in all the sports played by all the young men. Lehua was gentle and sweet and as fragile as a flower. Her beauty was the talk of the island, and her father was quite protective of his only child.

When Lehua saw the handsome, bold Ohi’a speaking with her father beside the bonfire, she blushed crimson, unable to take her eyes from the young man. At the same moment, Ohi’a glanced up from his conversation and his mouth dropped open at the sight of the beautiful maiden. He was not even aware that he had stopped speaking right in the middle of his sentence, so overwhelmed was he by the sight of the fair maiden across the fire from him.

Lehua’s father nudged the young man, recalling him to his duties as a guest. Ohi’a stuttered and stammered apologies, trying to continue his conversation while keeping one eye on the fair Lehua. Lehua’s father was amused by the young man’s obvious infatuation with his daughter. He quite liked this bold trickster, and so he offered to introduce Ohi’a to his daughter. The young man almost fell over in his haste as they walked across the clearing to where Lehua stood with her friends.

From that moment, there was no other woman for Ohi’a but Lehua. He had eyes only for her, and courted her with a passion and zeal that swiftly won her heart. Her father gave his only daughter gladly into the keeping of the strong young man, and the young couple lived quite happily for several months in a new home Ohi’a built for his bride.

Then one day the goddess Pele was walking in the forest near the home of the handsome Ohi’a and spied the young man at work. Pele was smitten by him, and went at once to engage him in conversation. Ohi’a spoke politely to the beautiful woman, but did not respond to her advances, which infuriated Pele. She was determined to have this young man for herself, but before she could renew her efforts, Lehua came to the place her young husband was working to bring him his midday meal.

When he saw his lovely wife, Ohi’a’s face lit up with love. He dropped everything at once and went to her side, leaving a fuming Pele to stare in jealous rage at the young couple. Dropping her human disguise, the goddess transformed into a raging column of fire and struck Ohi’a down, transforming him into a twisted ugly tree in revenge for spurning her advances.

Lehua fell to her knees beside the twisted tree that had once been her husband. Tears streaming down her lovely face, she begged Pele to turn him back into a man or else turn her into a tree, as she could not bear to be separated from her beloved. But Pele ignored the girl, taking herself up to the cool heights, her anger satisfied. But the gods saw what Pele had done to the innocent lovers and were angry. As Lehua lay weeping in despair, the gods reached down and transformed the girl into a beautiful red flower, which they placed upon the twisted Ohi’a tree, so that she and her beloved husband would never more be apart.

From that day to this, the Ohi’a tree has blossomed with the beautiful red Lehua flowers. While the flowers remain on the tree, the weather remains sunny and fair. But when a flower is plucked from the tree, then heavy rain falls upon the land like tears, for Lehua still cannot bear to be separated from her beloved husband Ohi’a.

2 thoughts on “Ohia Lehua, and the Jealousy of Pele”

We can’t wait to host you in a new way at MauiWine! Book a reservation for seated service in the King’s Cottage Tasting Room using Resy. Walk-ins are welcome (a wait time may be quoted). All outdoor, covered seating. 11 am-5 pm Thursday through Sunday. See you on the lanai! CLICK HERE TO RESERVE