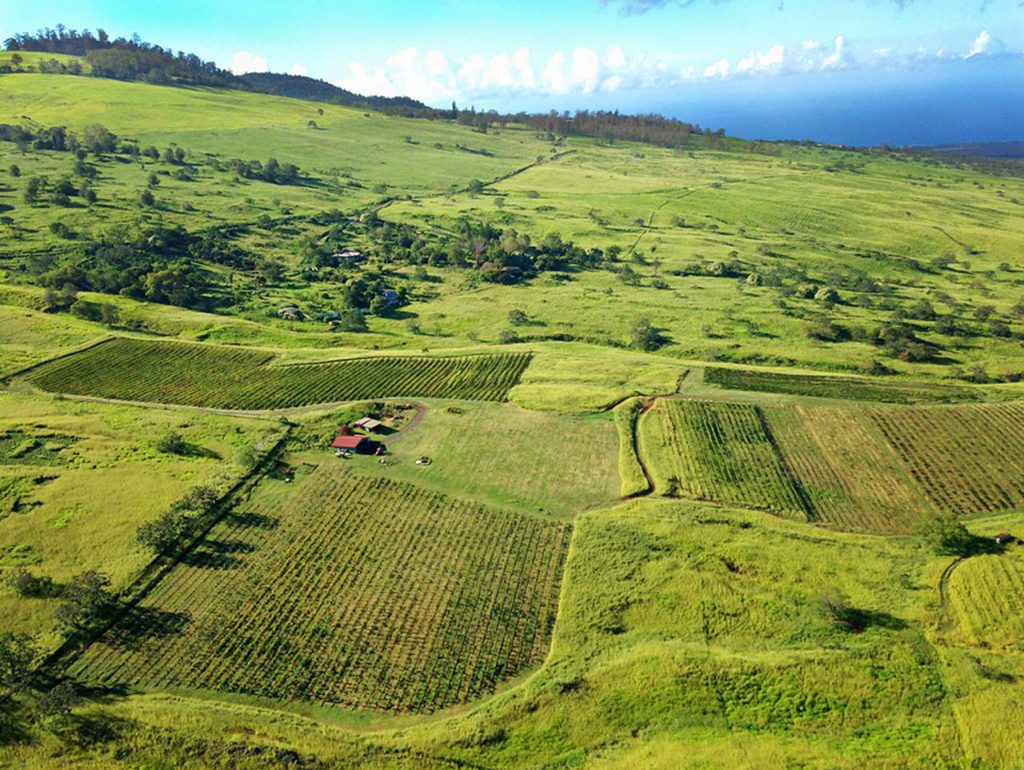 Highlights of the Vineyard Tour and 50th Anniversary Celebration of Ulupalakua Ranch featured in The Maui News.

Ulupalakua Ranch celebrated its 50th anniversary Sunday with food, entertainment and an exclusive tour of one of the ranch’s most hidden secrets.

For the first time since the original vines were planted in 1974, the ranch, owned by Pardee Erdman, held an exclusive tour of its 23-acre vineyard located about two miles north of its winery and Ulupalakua Ranch Store.

“We were thinking, ‘What can the winery do to commemorate the 50th anniversary of the ranch,’” Maui’s Winery President Paula Hegele said. “It became this Willy Wonka kind of thing . . . you needed a golden ticket and everything.”

The property, which supplies Maui’s Winery – the only commercial winery on the island – hosted about 30 people from across the country and let participants eat grapes directly off the vine. Winemaker Mauricio Soler and vineyard manager Bryan Davis guided the group and provided information on their operations.

“It’s nice to have people down here because we’ll tell people about our wine and some don’t even know the ranch has a vineyard,” said Davis, who joined the company about four years ago. “So it’s pretty cool that we can show people around since only about handful of people have been here.”

While answering questions about the variety of grapes the vineyard has and the number of wines it offers, the two men also spoke about the uniqueness of growing on the Valley Isle.

“Contrary to belief, we can grow grapes here, but it is difficult,” Soler told the group. “We don’t have any neighbors, so a lot of this is trial by error,” added Davis.

Debuting with a sparkling pineapple wine in the 1970s, the winery formerly known as Tedeschi Vineyards (named after original winemaker Emil Tedeschi) released its first grape product about a decade later.

After more than 30 years of tinkering with different wines and grapes, the vineyard now has a half dozen varieties of grapes and two estate wines.

At the end of the tour, guests had the opportunity to taste the wines, including a pair of unreleased offerings and the recently released Lokelani Sparkling Rose.